“How you respond to the challenge in the second half will determine what you become after the game, whether you are a winner or a loser.” – Lou Holtz

Many years ago, I heard about a book from several men at a retreat. They had all read it, and they claimed it changed their lives in a very deep, meaningful and positive way. At least two of them quit their job and started a totally new career. I was happy for them and seemingly quite content with my life at the time, so I stayed as far away from that book as possible. The book was called Halftime by Bob Buford.

My father, Don, passed away in 2011 and his wife Paula, passed away five years later in 2016. Watching them both live their last days here on earth caused a movement in my heart, and a stirring in my soul.  I reflected a lot on the meaning of life and began to ask myself some significant questions, most importantly, what do I wish to be remembered for? It is an extremely challenging question, and if you have not thought about it in a while, I encourage you to invest some time doing so today.

One day, I decided it was time to read that darn book. The timing was interesting, perhaps divinely inspired, as I approached my 20-year anniversary with my company. Light bulbs went off, it spoke deeply to me and believe it or not, I decided to leave my job and start a totally new career like those other guys.

It has been an amazing journey so far, and though I would not recommend it to everyone, I would recommend everyone start to adapt a Halftime mentality when it comes to thinking, planning, and living our lives.

Former NBA player and current coach Doc Rivers was interviewed recently by author Jon Gordon on one of his Positive University podcast episodes. This was around April or May sometime. The conversation was around how to respond to the pandemic. Doc had recently been with a group of students from a school and one of them was complaining about how terrible 2020 had been so far. His response was classic – he said to the young man, “It’s not even halftime yet! We’ve got more than half of the year to go!” That was an encouraging perspective which I needed to hear. I agree, it has been a challenging year, but one which has also provided a significant amount of reflection, learning and growth.

As we ended the first half of the year, I asked the members of both the referral teams I facilitate to think about and respond to a few questions: What went well in the first half? What did you learn? How will you use that learning to make the second half even better and finish the year STRONG?

The most beautiful thing to me about Halftime is you can apply it to so many more situations than just evaluating one year. We get a halftime every day – usually around 3 pm if you get up at 7 am and go to bed at 11 pm. You can call halftime in a meeting, a conversation or while you are out running errands. It can be a productive time to observe, reflect and discuss in order to make changes if necessary going forward.

If we aren’t getting better adapting to change after all we’ve been through in 2020 than there is no better time to start than right NOW. How can you get better today?

My Clients Find Me By Referral 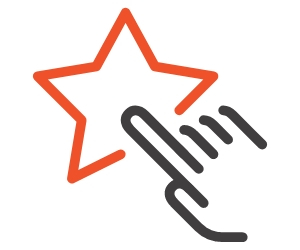